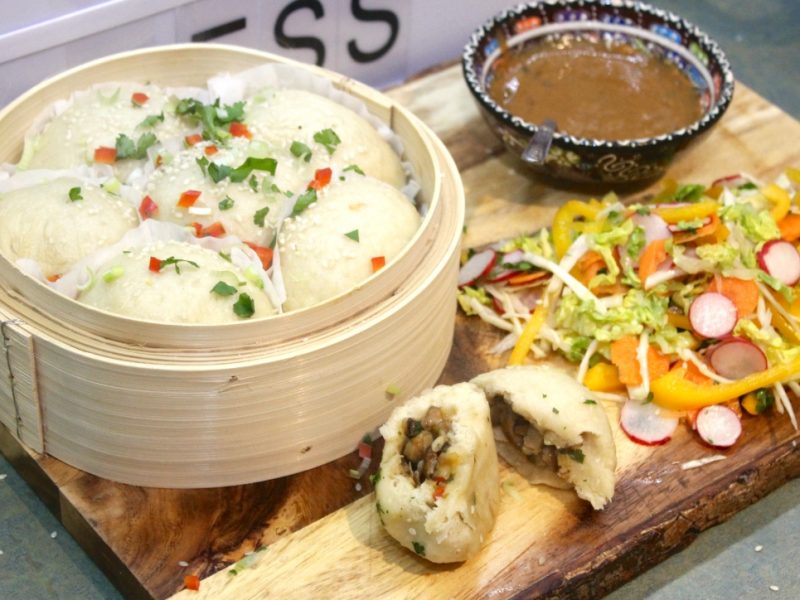 It’s that time of year again when the guilt from the over-indulgent festive period kicks in and people start their New Years resolutions; be to go to the gym, go on a diet, stop drinking, stop smoking; everyone seems to be giving up something or other and January is when we hit it hard! I for one never really bother, as let’s face it, I could never give up cheese, wine or chorizo, but I can still help those who have, with some inspiration for new recipes and combatting those goals.

One new-year trend that has grown in popularity this year has been to go vegan for January (Veganuary). One of my friends in fact posted a message on Facebook to see if anyone wanted to do Veganuary with her, and the response was pretty funny. One person asked if she was high, another miss-read it as “virginary” (like that’s an actual thing!), and one person was down-right rude and commented “no, as you’re a quitter” (talk about support from your friends!)! Despite the haters there was a comforting number of people that gave a big fat YES and have joined her in the task. So despite me not committing, I will still show my support; and so Louise this recipe is for you…. and for your non-veganuary boyfriend who might enjoy the chicken!

If you decide to make this recipe you will need a 2 level bamboo steamer, which you can pick up pretty cheap, and I promise once you have made these buns it will become a worthwhile tool to have, and watch this space for some more bamboo steamer related recipes…… 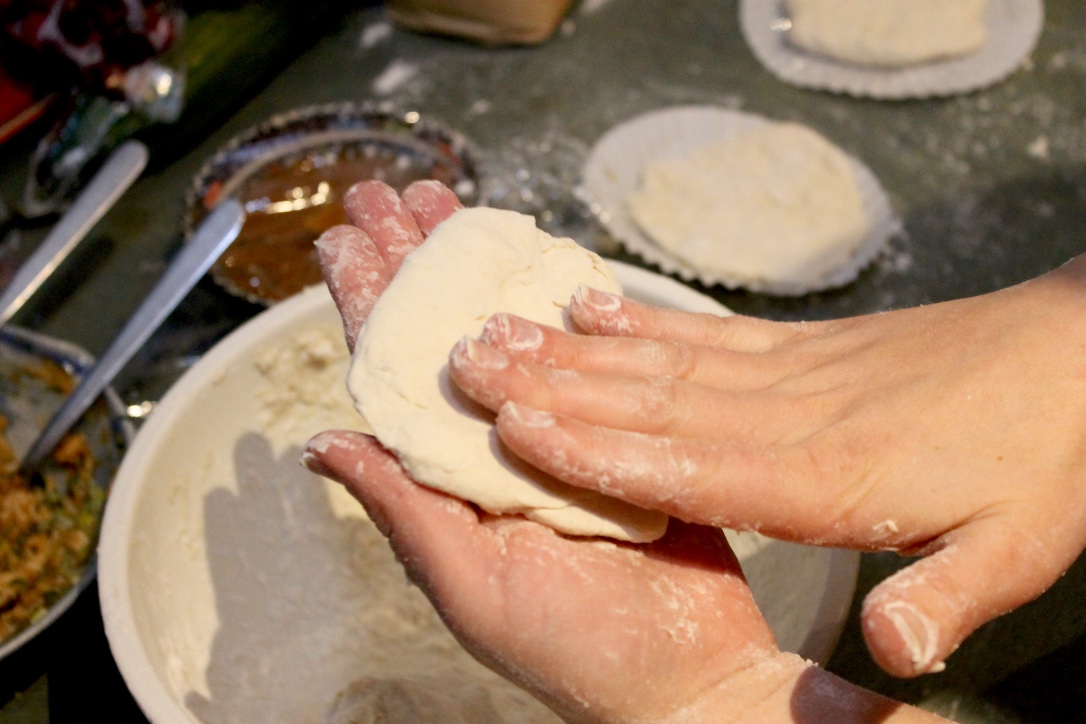 For the Vegan Filling

For the Chicken Filling

For the Homemade Satay

For the Coconut Buns 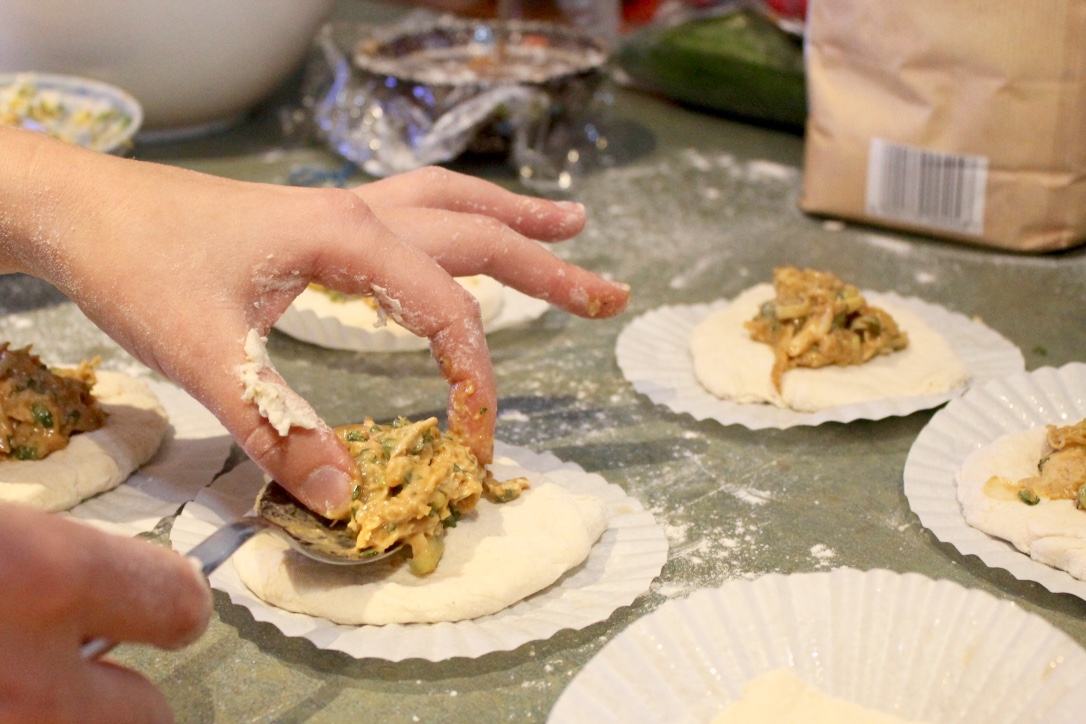 To make the vegan filling, heat your coconut oil in wok to a medium temperature.

Finely chop your coriander stalks and set the leaves aside.

Fry your ginger, garlic and coriander stalks for around 3 minutes and then add the mushrooms to the pan for an additional 5 minutes, or until most of the moisture has gone and they are starting to turn golden.

Add the mirin, chilli jam and soy sauce and cook for a further 5 minutes, again until most of the moisture has evaporated.

Transfer this mixture to a bowl and stir in the sesame oil and three quarters of the chilli, spring onion and coriander, reserving the rest to garnish at the end.

Set the mixture aside until ready to bun-up.

To make the chicken filling, pre-heat the oven to 170’C

Toss the chicken in the soy sauce in an oven proof dish and bake for 20-25 minutes until cooked through.

In the meantime, blend together the ingredients for the satay and set aside until needed.

Once the chicken is cooked, remove and leave to cool slightly before bashing with a rolling pin and pulling apart.

Mix it together with 3 tbsp of your satay and the remaining ingredients and set aside while your prep your buns.

To make your buns, lightly oil 12 paper cake cases with the sesame oil

Whiz together your flour and coconut milk until you have a smooth dough.

Flour your hands and divide the mixture into 12 balls, rolling in a little flour if you need to.

Press each ball flat and lay in the oiled case.

Divide your mushroom filling into 6 of the cases and then seal the dough around the filling with a good pinch. Turn your buns around so that the seal is facing the bottom and you have a nice smooth dome over the top.

Repeat this process with the chicken filling and the remaining dough.

Carefully arrange the buns in each level of your bamboo steamer (it might be worth keeping the mushroom and the chicken separate) and place the lid on top.

Heat a saucepan with water until steaming and the place your bamboo steamer on top. Reduce the heat to a medium and steam for 15 minutes (swapping the buns half way through). Test to see if the buns are cooked by cutting on open slightly, if the bun still looks sticky then return it for a little longer.

Once cooked, sprinkle over your sesame seeds, chilli and coriander and serve with your satay sauce and a crunchy salad or slaw.

P.S – You will notice that I haven’t put a serving quantity on this recipe, and that is because I seriously struggled with this one. Basically, I ate 3 of these buns with the salad and my husband managed to devour 7!!! – He literally loved them so much he couldn’t stop putting them in his mouth. So appetite depending they will serve 2-4 people, but I would suggest doing more than less, as they can always be heated up and eaten the next day if you have some left over.