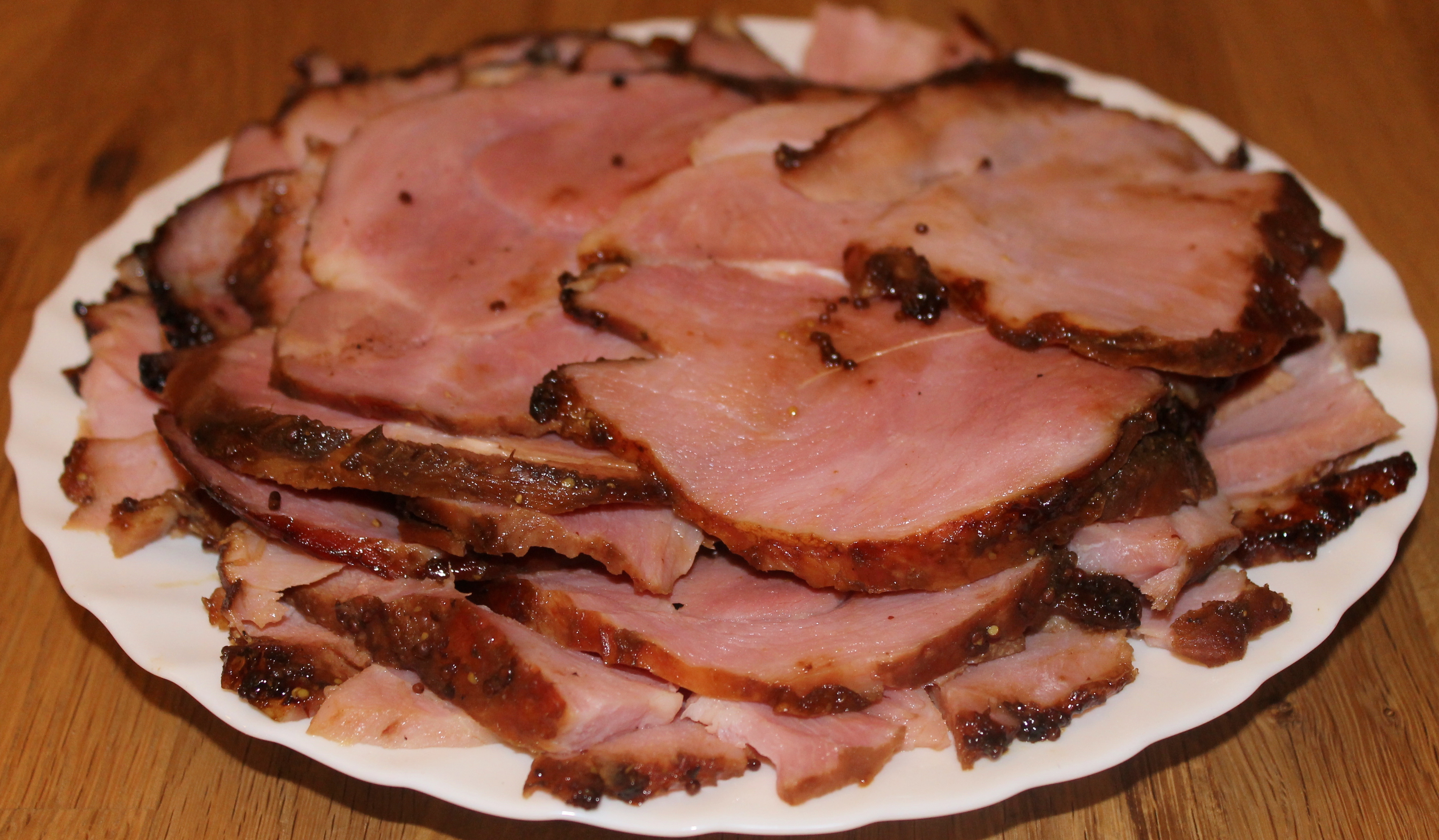 No festive season is the same without a great roast ham! I get ridiculously excited over Christmas, it is the same routine every year but I would not change it for the World. One thing that is always on the Christmas list is the ham my Mum cooks on Christmas Eve; which we have with cheese mash potato and fresh vegetables. This ham will then last throughout the period and comes out every day for a chunky sandwich or cold buffet; trust me, Christmas would not be the same without it! My Christmas gammon recipe is slightly different to my Mum’s, with a boozy orange kick to it and a sticky sweet glaze. I have it made twice now, both for party buffets and both times it has gone down an absolute storm (which is a shame really as I would have really liked some leftovers for my own consumption)! So if a great gammon is on your list this Christmas then give this one a try, I promise you won’t be disappointed.

Soak the gammon overnight and then drain the liquid

Add the bay leaves and peppercorns and place on a medium heat until just at the point of boiling and then turn right down and cover for 1 hour and a quarter. After this time turn off the heat and but leave covered for another hour for the ham to cool in the liquid

Mix together the glazing ingredients

Remove the skin from the gammon, leaving a thin layer of fat. Score this with crosses and then insert a clove where each of the crosses meets.

Place the ham in a roasting tin and brush with half the glaze mix. Roast for 15 minutes and then coat in the remaining glaze and return to the oven for another 15minutes.

Remove and leave to rest for 10 minutes before carving