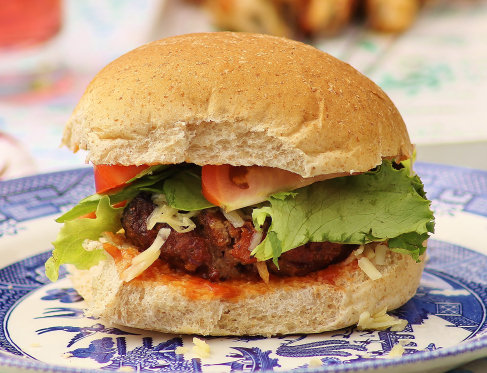 It finally happened; we finally got a sunny weekend and had our first BBQ of the year, and my God was it beautiful! Sam and I live in a flat, and although it backs onto a lovely green park with a big lake and lots of space for a picnic or BBQ’s, it is not quite the same as having your own garden. Last weekend we went back to Nottingham (my homeland) and caught up with lots of family. On Friday night, in typical British style, my Dad braved the wind and the rain to cook outdoors. The rest of us simply gazed on from behind the safety of a window and stayed dry. My Dad is the master of BBQ’s, he is officially the kebab king and I have never met anyone else that could BBQ in such awful weather and still look like the Cheshire Cat. I would even go as far as to say he would be happy to be outside cooking in the snow. Anyhow, that was actually the first of three BBQ’s that weekend, as the following morning there was a glimmer of sunshine and we managed to have sausages and mushrooms outside; which totally made up for the night before. Our third and final BBQ took place on Sunday in my mum’s beautiful sunny garden, and I made some awesome treats that I am sure my Dad would have been very proud of. This recipe is a delicious homemade burger that will put any shop bought equivalent to shame, it also works out much cheaper too. Give it a try and you will never go back, I promise!

Combine all the above ingredients, get your hands into the mix and make sure everything is well combined

Shape into 4-6 burger shapes, depending on how big you like them, and set on a plate. Cover in cling film and chill in the fridge while you prep the rest of your bbq and heat up the coals.

Cook on the BBQ, turning occasionally until cooked through.

Serve in buttered roll with ketchup, cheese and plenty of crisp salad. 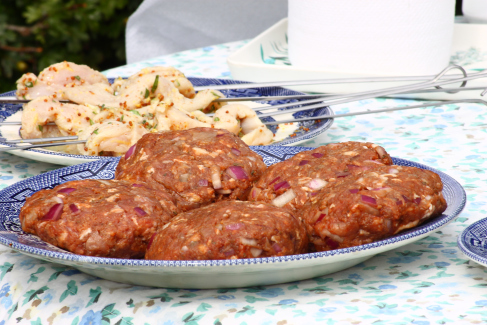 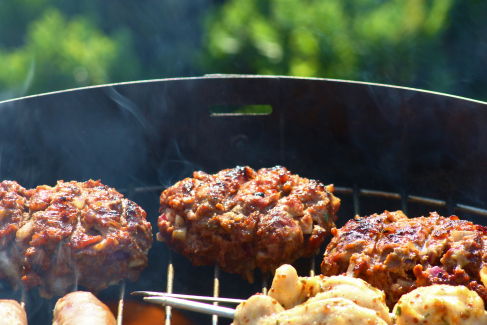