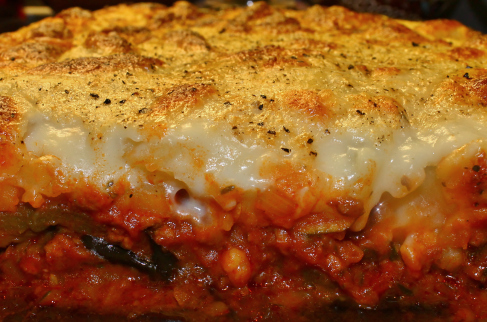 More often than not my favourite dishes come from just looking in the fridge and seeing what I can put together.  My pet hate is wasting food and so I will usually plan dinner around what needs using up. Having worked in many different catering environments for the past ten years I have seen so much food being thrown away, and it breaks my heart every time! When I was at Uni I worked in a kiosk at a football stadium selling pies and pints. One shift we had about 15 pies left over, which were offered to the staff but no one wanted them. I saw the supervisor about to throw them away and quickly offered to take them before they came to a sorry end. I then took these pies around Manchester and gave them out to people who had no home, or no money to buy food, and were very thank full (if not shocked) to take them. There is so much food wasted these days that it would be a scary thought if you worked out how many people it would actually feed. I worked in 1 small kiosk in one football stadium and managed to feed 15 people with the waste, just some food for thought!

This recipe is a classic example of using stuff up; that’s why it’s pretty random. I tell you what though, it is bloody good!

Sprinkle some salt over the aubergine slices and place on a hot griddle pan, turning until soft and chargrilled.

The peppers are also best off blackened, as this makes it easy to remove the skin. You can do this in 2 ways; either place into the naked flame of your hob, and turn using skewers until blackened; or if you have an electric oven like me just place in under a hot grill and turn until the skin is black. Once the skin is black wash the pepper and you should be able to rub the black skin straight off, leaving a lovely soft juicy pepper.

Cup the pepper into strips

To make the mince, fry the onion in some olive oil until softened; add the mince and garlic and stir until the mince has turned brown

Add the wine, vinegar and Worcester sauce and boil for 3 minutes until the meat has soaked up most of the juices.

To make the white sauce pour the milk into a saucepan, leaving a small amount behind which you need to mix with the corn flour to make a paste. Once the milk has started to boil add the corn flour paste and stir continuously until it has thickened.

Once thickened add the crumbled stock cube and mustard and mix in well.

Layer the ingredients in an oven proof dish (the sort you would use for lasagne) by putting half the mince mix on the bottom and laying the aubergine and peppers on top.

Top with the rest of the mince mix and then layer on the potatoes.

Finally pour the white sauce on top, making sure it fills all the potato gaps, and then top with the torn mozzarella and parmesan.

Bake in the oven for 40 minutes and serve with fresh salad or a buttered corn on the cob.